For sports organizations everywhere, digital media rights are no longer just ‘a nice to have’ element of their broadcast rights deals. In fact, for industry innovators like the English Premier League (EPL), non-live digital media assets are now core to those partnerships and drive their global content and fan engagement strategies.

Norrish shared how the EPL’s production arm is thinking about the real-time digital media content that broadcasters (and fans) are now expecting. The EPL works with its rights-holding broadcasters to deliver the short-form photos and videos sports fans and audiences want on social channels. In this way, the league benefits from the visual assets it captures every match day. Leveraging those in-demand moments drives tune-in for the live broadcasts and boosts sponsor value.

Listen for more about how the EPL is building value for its entire ecosystem with a Match Day Social Media Channel powered by Greenfly. And how mobile-captured media outperforms traditional content on social media. It brings fans as close as possible to the live Premier League experience.

“The feedback that we were getting from a lot of our broadcasters was that digital wasn’t just a small part or incremental part of their operation…. It’s actually their primary platform. And social media is the main way that they get people onto that platform.” — Mike Norrish, Director of Digital & Creative, Premier League Productions

Norrish brought to the league his experiences allying the best of broadcast feeds and pitch-side digital cameras for holistic fan experiences. He knew that fans loved mobile-captured, atmospheric and kinetic content on match day and beyond.

As the TV production arm for the Premier League, Norrish’s team at PLP produces content for over 50 broadcast licensees worldwide. While live coverage and their content service to licensees are core focus areas, his task has been to build out a digital and creative function within the production group. Norrish noted that broadcast partners are all at different stages of their digital journeys and have needed the league’s support with more content.

The team recognized social media’s role in reaching audiences and driving them to digital platforms. They’ve honed in on a few content verticals to explore, including real-time matchday content. Match day is the critical time for reaching fans on social and for getting content and distribution right.

Norrish spoke about how a number of clubs have led the way for the league’s upcoming Match Day Social Media Channel. Manchester United, for example, has used mobile-captured pitch-side content. He noted that this media — shot from mobile for mobile — outperforms traditional content on Instagram and TikTok. This distinctive content feels more exciting and native to social timelines. It’s fitting for those platforms and feels like what players and fans would post themselves. The clubs and league want to bring audiences closer to the live Premier League experience to grow their global fandom.

And since most fans may never get to a live match, the question becomes how to get fans to touch and feel the EPL brand. Along with experiential activations, content and technology are the real opportunities to drive Premier League fan engagement.

The EPL is preparing for the August launch of the Match Day Social Media Channel, supplied by content from all markets, including content captured by the clubs and pitch-side mobile media. It will not just be for social channels but the world feed and broadcast feed, too. This initiative promises to drive value for the clubs, broadcasters and fans by distributing real-time photos and videos captured outside of the broadcast cameras. As Norrish pointed out, what once used to be a big operation of sending a crew to shoot can now be done with phones and smart tech.

“That is really exciting for us that we can get live pictures from Man United sports club in New York or Liverpool fans in Bangkok straight into our broadcast and into our other production as well in real time.”

Content Developed for Mobile ON Mobile Connects With Fans

Kirschner discussed that the goal is not to repurpose content but to make content developed specifically for social and mobile ON mobile devices. If it’s not captured on mobile, it disconnects from the viewer experience. The challenge is organizing and executing that activity at scale consistently and reliably across a sophisticated organization to generate a feed or channel that provides compelling content around each sporting event.

Norrish added that content can be published from mobile as well. Social media producers can capture, curate and publish directly from that device. Curation and discovery elements are critical. PLP makes a lot of content, but social media producers need to find the right assets at the right time. Fans also need to find the right content in the moment, and broadcasters need specific content, too. It’s not just about more media; it’s about how to invest in the right technology so real-time publishers get what they need in the correct format.

Athlete Content on Digital Platforms Is Central to Growth

To wrap up, the speakers discussed what the future holds for athlete marketability on digital platforms. Norrish noted that sharing content with athletes is central to growing the entire league ecosystem. Along with broadcast partners, clubs and players are also content channels to move the business forward strategically. There is great potential to collaborate with EPL athletes using content and technology. He offered the example of UFC athletes, who sell that product more than broadcasters, and drive the sport’s narrative in how they interact with each other and create content.

Kirschner added that Greenfly fully believes in giving athletes content access and enabling sports organizations to tee up, curate and deliver content to players as ambassadors of their brand. 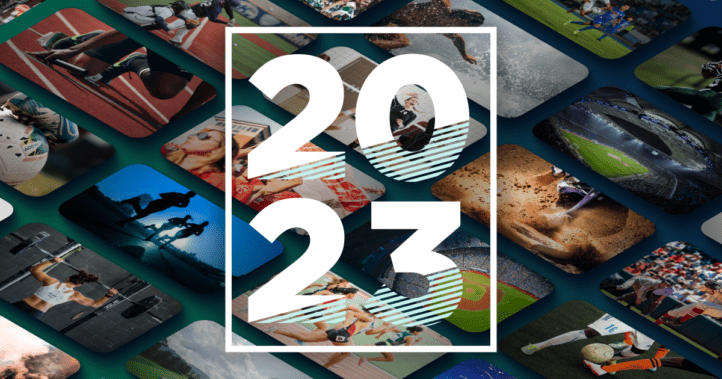